As a graduate in accounting, Mike Kotch began his professional career in the same field but found his passion in coaching competitive swimming. Many people go through college and university to establish the foundation for their careers. More specifically, post-graduates focus on using their newly acquired knowledge to structure their future. Often, graduates make the decision to embark on a different journey altogether. Mike Kotch, was one such individual, and he has no regrets.

Who is Mike Kotch?

Mike Kotch began his professional journey in public accounting after graduating from Bentley University in Massachusetts in 1998. Since then, he successfully landed himself a job as an accountant. In fact, he spent five years formulating a desire to explore a new career path once he began his accountant position. In 2002, an opportunity came up for him to become the Assistant Coach. Excited to return ‘home’, he took a leap of faith and became the head swim coach as well as director of aquatics at Regis College. There, he stayed for three seasons until he was presented the head coaching position at Brandeis University in Waltham, Massachusetts.

Currently situated in Ashland, Massachusetts, Mike is a proud father of two young daughters, Taylor and April. Since his recent career shift, he opted to re-balance his professional life so that he can put his children first.

On this website, Mike’s goal is to connect with other individuals that have a passion in living their life to the fullest. As an accountant, swim coach, father, and husband, Mike Kotch believes in living life as if it was the last day. He has seized every opportunity presented to him and continues to explore new heights on a daily basis. In addition to connecting with others, he wishes to humbly demonstrate his prior success in his career journey. By doing this, he hopes to inspire others to follow their dreams and take a bold leap of faith when a once in a life time opportunity presents itself. 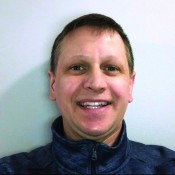 Mike Kotch is the proud father of two young daughters, Taylor and April. Mike has decided to re-balance his professional life so that he can put his children first and do things that were not possible to do while Mike was pursuing his coaching career. The first task this winter is to give his girls the chance to learn to ski.